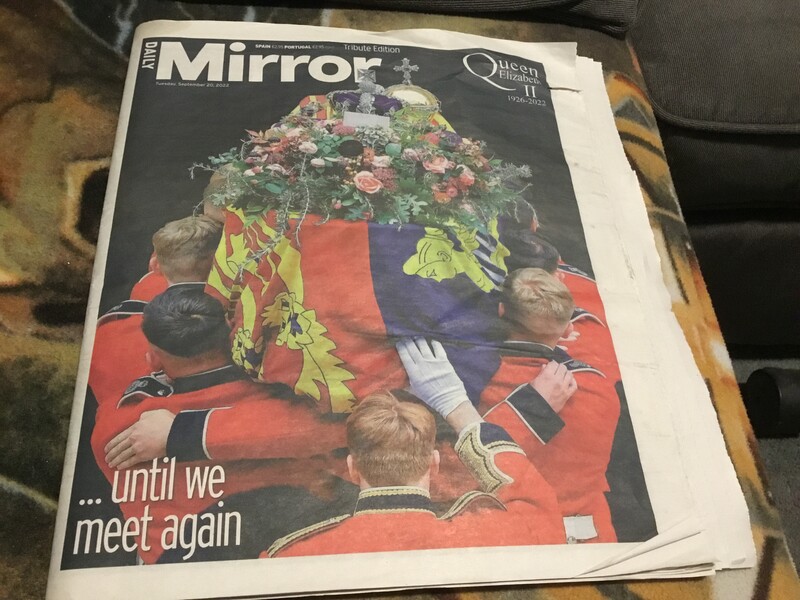 I have a coffee cup commemorating Queen Elizabeth?s silver jubilee ( 1952-1977 ), I have an Elton John cd , Candle in the wind 1997 in loving memory of Diana Princess of Wales, a commemorative little spoon from Prince Charles and Princess Diana’s wedding on July 29th 1981, and Diana Princess of Wales 1961-1997, Royal Mail Mint Stamps, five stamps in total..I also have newspaper stories about the day Princess Diana? was killed in the Paris car crash ,Province newspaper with 50 pages on Princess Diana, her legacy , what she’s done for the people. She was known as the peoples Princess.. Also place mat with pictures of Princess Elizabeth and the duke of Edinburg. . I also have a copy of London Daily Mirror newspaper from September 20 th, day after Queen Elizabeth II funeral and a copy of the London I newspaper, special edition about the Queen and her heirs. If interested please leave contact information and I’ll contact you ASAP Thank You.

If you feel that this ad is miscategorized, fraud, scam or phishing, duplicate or business listing report it by clicking here.
More Like This
Vintage Canadian Red Ensign Flag
545.00
Vintage Canadian Red Ensign flag from between 1905 and 1921. 35 by 53 inches. Nine-part coat of arms shows all Provinces in the Canadian Confederation..
Hammâ€™s Skating Bear Motion Sign
500.00
Vintage Hammâ€™s Beer Skating Bear lighted motion sign. Missing the clear plastic marquis with the word Hammâ€™s on it. The bear moves back and forth ..
2 Hudson Bay blanketâ€™s like new
200.00
2Hudson Bay blankets like new with authentic crest on each
Pavel Bure plate
50.00
Pavel Bure Collector Plate - Gold Signature Edition - No. 967 of 15000