Found but Never Returned to Owner 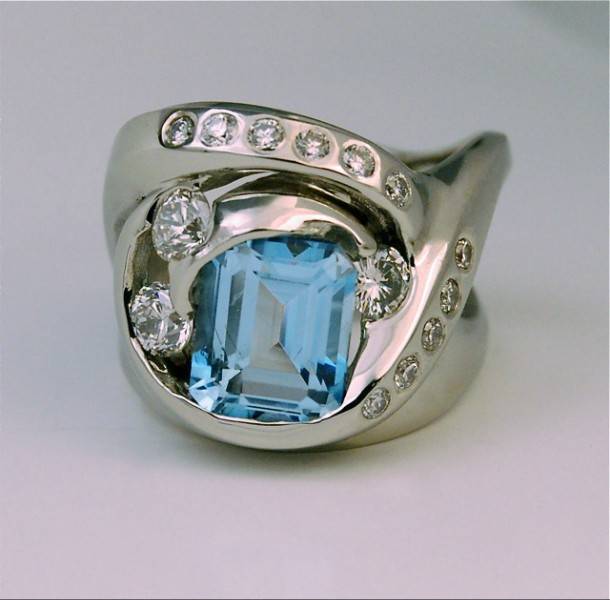 I know good luck right. Anyhow back in 2009 in Kelowna adjacent to Queensway I got out of my car, forgot my ring was on my lap and my ring fell off my lap into the street. (Stupid why I even had it off, I now!!!) Anyhow I had just received this beautiful piece from my then fiance which was to be the everything ring (wedding) I received a call from a guy almost a year later back in 2010 saying I should check the police station as 'his friend' apparently had found it he said. It was a private # ect. Of course no ring. About a year after that another Anonymous call from a little girl saying she had quote seen the ring and that it was very beautiful. She told me her dad although he was with some lady, gave it to his mistress. I asked the little girl if I could please please have her dads address. She was going to give me his phone number but then got scared I'm assuming because she hung up. I couldn't trace either of these numbers. Called the police again about another call cause there was a file up on it with pictures like these I've attached. End of story is all these years have passed and my fiance ended up dying back in August 2012. The back of the ring by the look in the pictires show's the back was custom made for me as the infinity symbol. Not a straight band. Obvious a EXTREMELY GENEROUS REWARD!!! Also the top of the ring has a blue topaz stone. Inside there was the initial's cd for the name Coveted Designs where the ring was custom made. Please call Shannon at 250 864-6040 'If' someone has seen this on someones hand or know's what happened to it as the ring is an original and the meaning behind it is priceless as we had combined our old rings with stones from other family members to make this unique piece.

If you feel that this ad is miscategorized, fraud, scam or phishing, duplicate or business listing report it by clicking here.